The holiday of Mother’s Day began as an antiwar statement and a vehicle for women’s activism , but numerous people and organizations have tried to seize Mother’s Day for their own various causes or purposes throughout the years.

It was, however, the actions of the modern day Mother’s Day founder, which really steal the show.

The roots of Mother’s Day in the United States can be traced back to the 1850s.  Ann Reeves Jarvis, a women’s organizer from West Virginia organized Mother’s Day work clubs.  These club strived to lower infant mortality by curbing disease and milk contamination, according to historian Katharine Antolini of West Virginia Wesleyan College, who wrote “Memorializing Motherhood: Anna Jarvis and the Defense of Her Mother’s Day.”

The same groups tended to wounded soldiers from both sides during the Civil War, and organized Mother’s Friendship Day picnics to unite former foes in the postwar years.

However, it was Ann Reeves Jarvis’ daughter Anna who conceived of modern day Mother’s Day which the United States and other parts of the world celebrate today, and she would spend her later years fighting in defense of her holiday.

Anna Jarvis never did have children of her own.  It was the death of her own mother in 1905 that inspired her to organize her first Mother’s Day celebrations on May 10, 1908, with families gathering in Philadelphia and in several other cities as well as in her hometown of Grafton, W.Va., at a church that has since been renamed the International Mother’s Day Shrine.

Jarvis went to great lengths to put its focus on children celebrating their mothers and stressing  the singular “Mother’s Day,” over the plural “Mothers’ Day.”

“For Jarvis it was a day where you’d go home to spend time with your mother and thank her for all that she did,” Antolini explained in an interview.  “It wasn’t to celebrate all mothers. It was to celebrate the best mother you’ve ever known—your mother—as a son or a daughter.”

A growing number of cities and states came to observe the holiday, due mostly to Jarvis’s efforts, and in 1914, President Woodrow Wilson officially declared the second Sunday in May to be Mother’s Day.

Jarvis strongly identified herself as the founder of the holiday, signing everything as “Anna Jarvis, Founder of Mother’s Day.”

In 1904, a former football coach and faculty member at Notre Dame named Frank Hering proposed the idea of a Mother’s Day, asking the Fraternal Order of Eagles to gather in Indianapolis to support designating one day a year as a national memorial to mothers and motherhood.

“Do me the justice of refraining from furthering the selfish interests of this claimant who is making a desperate effort to snatch from me the rightful title of originator and founder of Mother’s Day, established by me after decades of untold labor, time, and expense.” Jarvis railed in a statement entitled “Kidnapping Mother’s Day: Will You Be an Accomplice?”

According to a 1944 Newsweek article, she reportedly had as many as 33 pending Mother’s Day lawsuits simultaneously in defense of her intellectual property.

Jarvis fought tooth and nail to shield the holiday from its commercialization, calling out Christmas and other holidays as having become “burdensome, wasteful, and expensive” gift days.

“If the American people are not willing to protect Mother’s Day from the hordes of money schemers that would overwhelm it with their schemes, then we shall cease having a Mother’s Day—and we know how,” she wrote.

With no charity watchdog organizations at the time, Jarvis did not trust fundraisers to give the money to the people they were supposedly helping, fearing they would pocket the funds themselves. “Today most of us would think it was wonderful to use the day to raise funds to support poor mothers or families of World War I veterans or another worthy group but she hated them for that,” said Antolini.

Jarvis tried to maintain control of the holiday, incorporating herself as the Mother’s Day International Association, organizing boycotts, and threatening lawsuits.  She devoted herself and her substantial inheritance attempting to restore Mother’s Day to its intimate origins.

In 1934, President Franklin D. Roosevelt personally designed a postage stamp to commemorate the day, but Jarvis refused to allow the words “Mother’s Day” to appear on the stamp. “Overall, she thought the stamp ugly,” Antolini said.

But despite her efforts to protect her holiday, Mother’s Day did become commercialized, and although there was plenty of opportunity, she never profited from the holiday.

In the end, she went broke fighting its commercialization, and spent the last four years of her life in poor health and emotionally unstable, living in Philadelphia’s Marshall Square Sanitarium, according to Antolini.

Jarvis’ mother’s favorite flower was the carnation so she made it the official flower of Mother’s Day. In a 1927 interview, she explained,  “The carnation does not drop its petals, but hugs them to its heart as it dies, and so, too, mothers hug their children to their hearts, their mother love never dying,”.

One thought on “Mother’s Day” 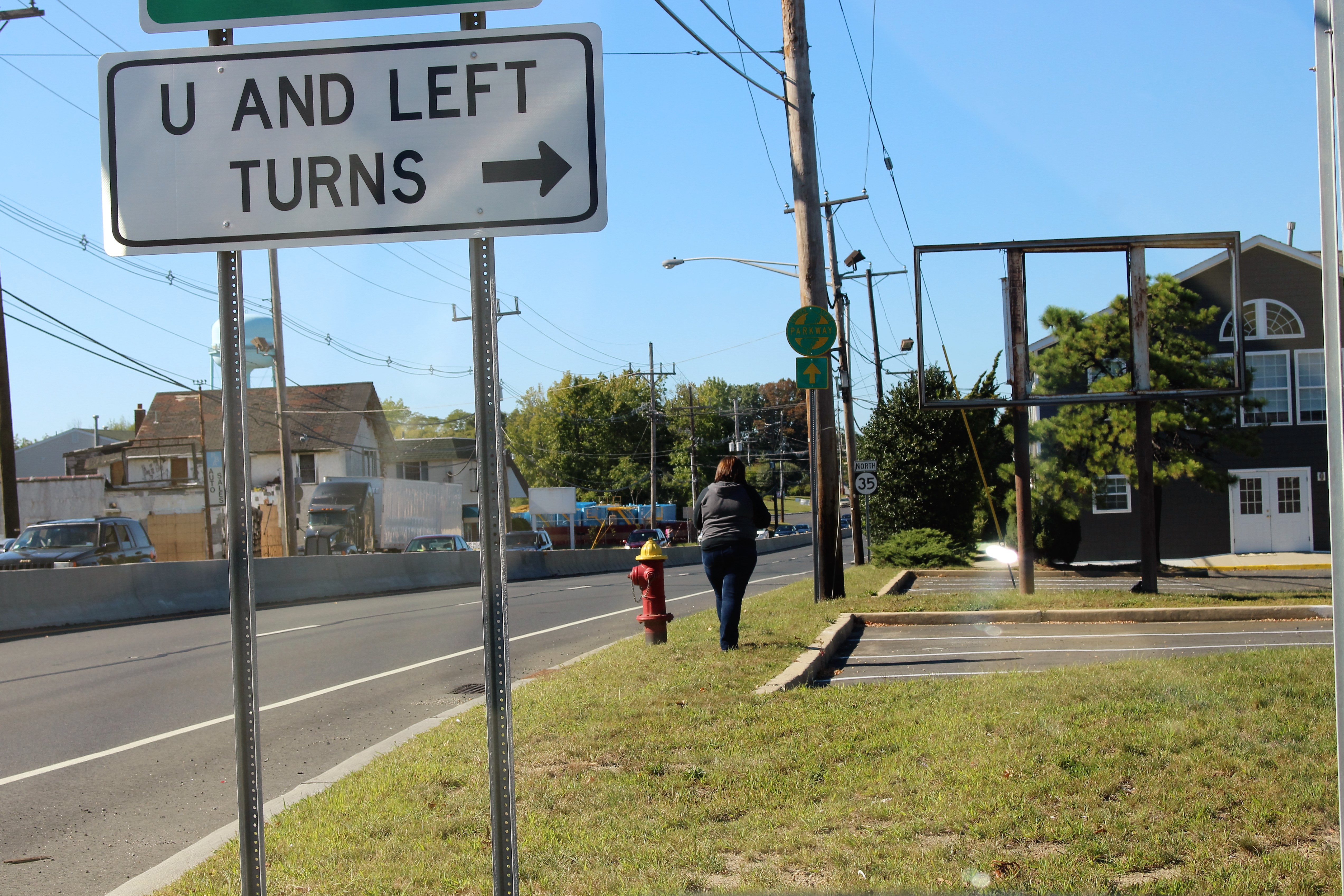 Cities are hot stuff these days.  After a half a century of people fleeing the nation’s cities for a “better life” in the suburbs, they are coming back.  As city centers are becoming more and more desirable places to live, rising property values are making it impossible for the less fortunate to stay.  Those who […] 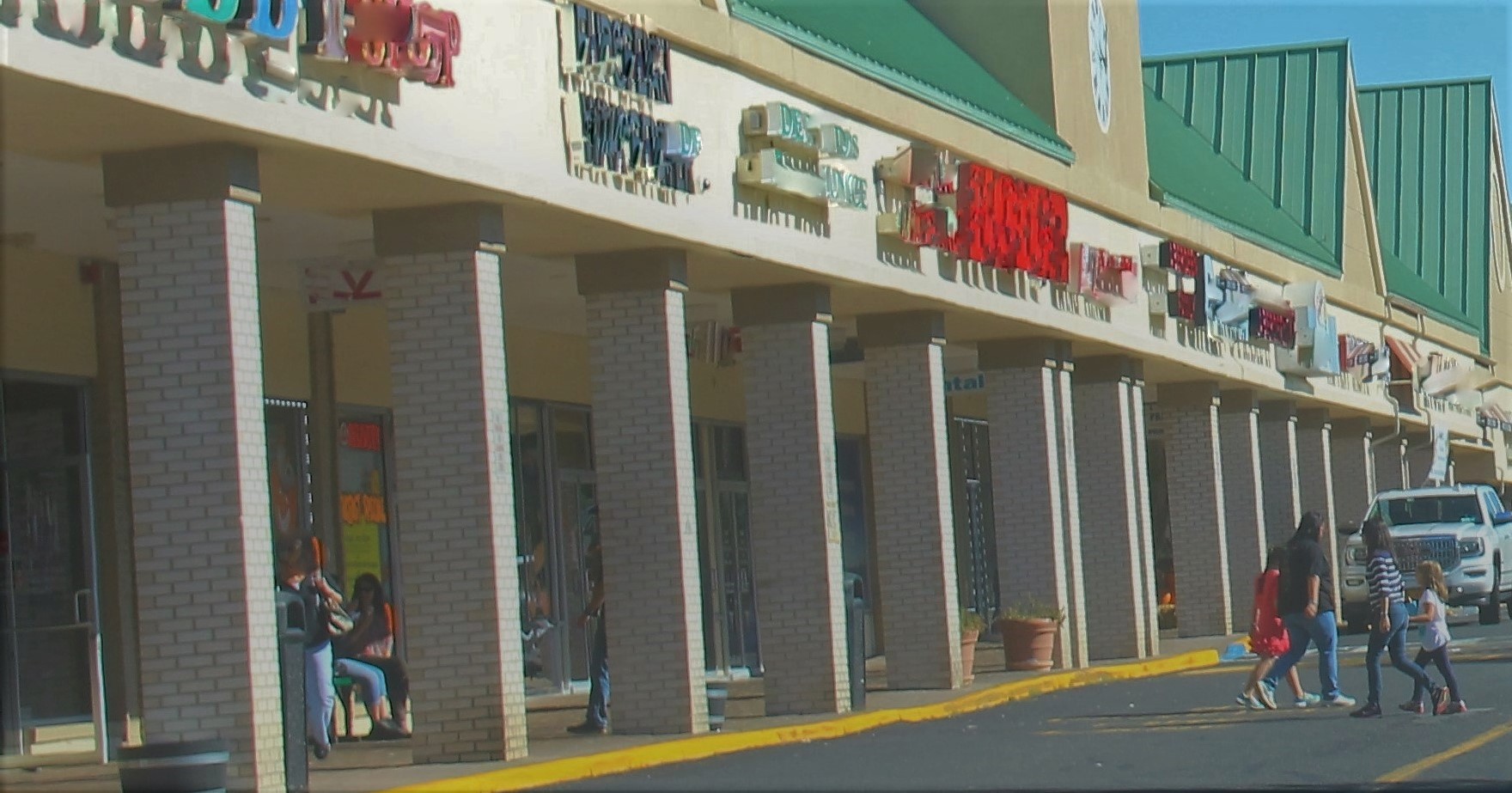 If the first half of the twentieth century was defined by the vertical expansion of American cities with building of soaring skyscrapers, the second half was marked by the migration to the suburbs to escape the traffic, noise and crime of the cities in search of homes with more living and yard space. With this […]

Strip Mall: Is It or Is It Not? 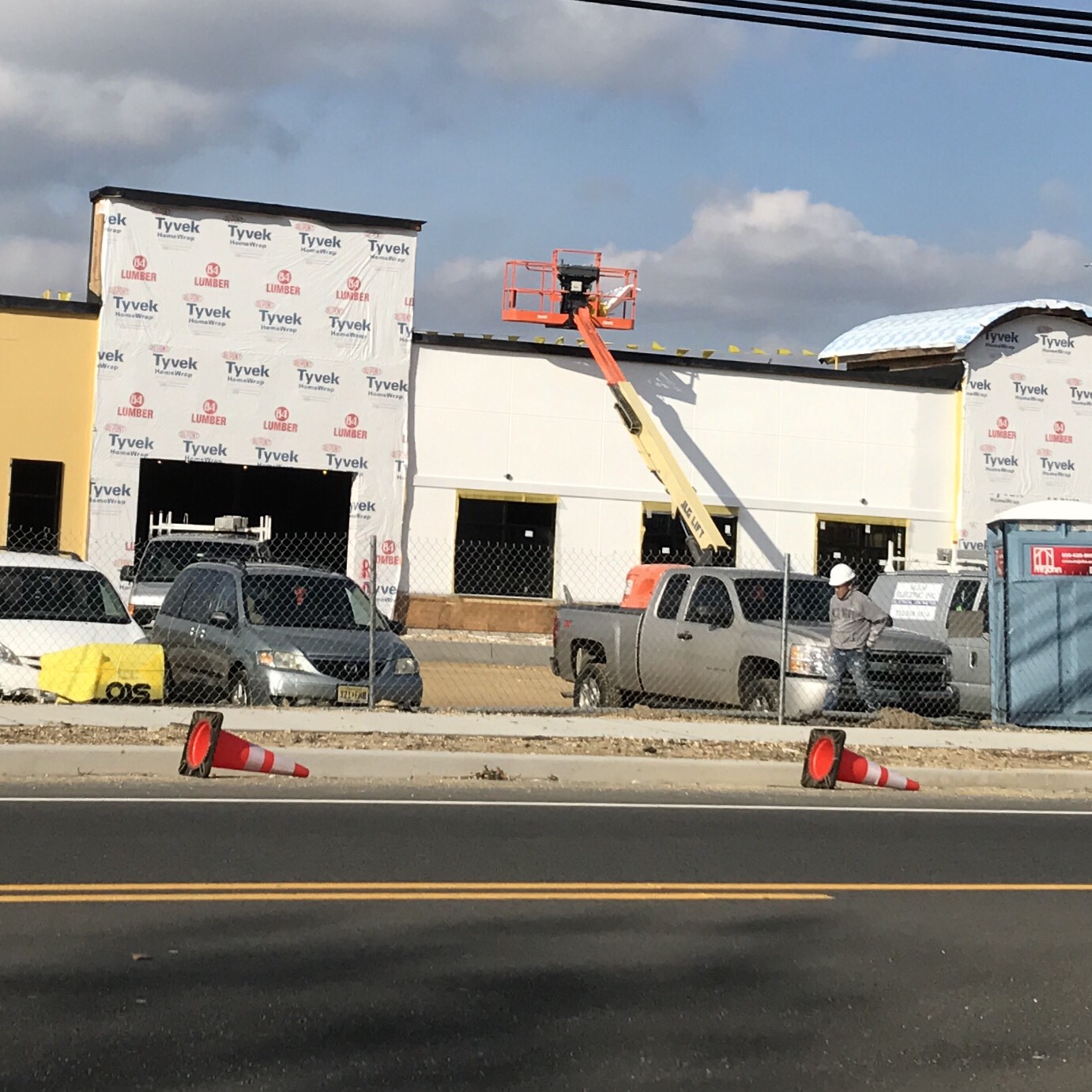 Putting up shopping centers is big business. Some may cringe when they read of another strip mall going up in their town or pound their fist on the steering wheel when they see a Coming Soon! sign on a wooded lot, announcing another shopping center. Years ago, it was normal to visit a shopping mall […] 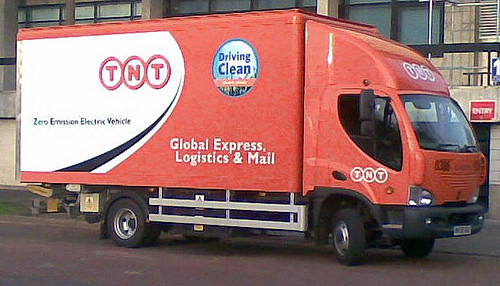 Sustainability is big business in building, but what can be done to reduce environmental impacts of the freight transport sector to make it more sustainable?  Currently, freight emissions and noise pollution are a big problem in and around the port areas.  To make matters worse, greenfield areas are threatened as the demand for more warehouse […] 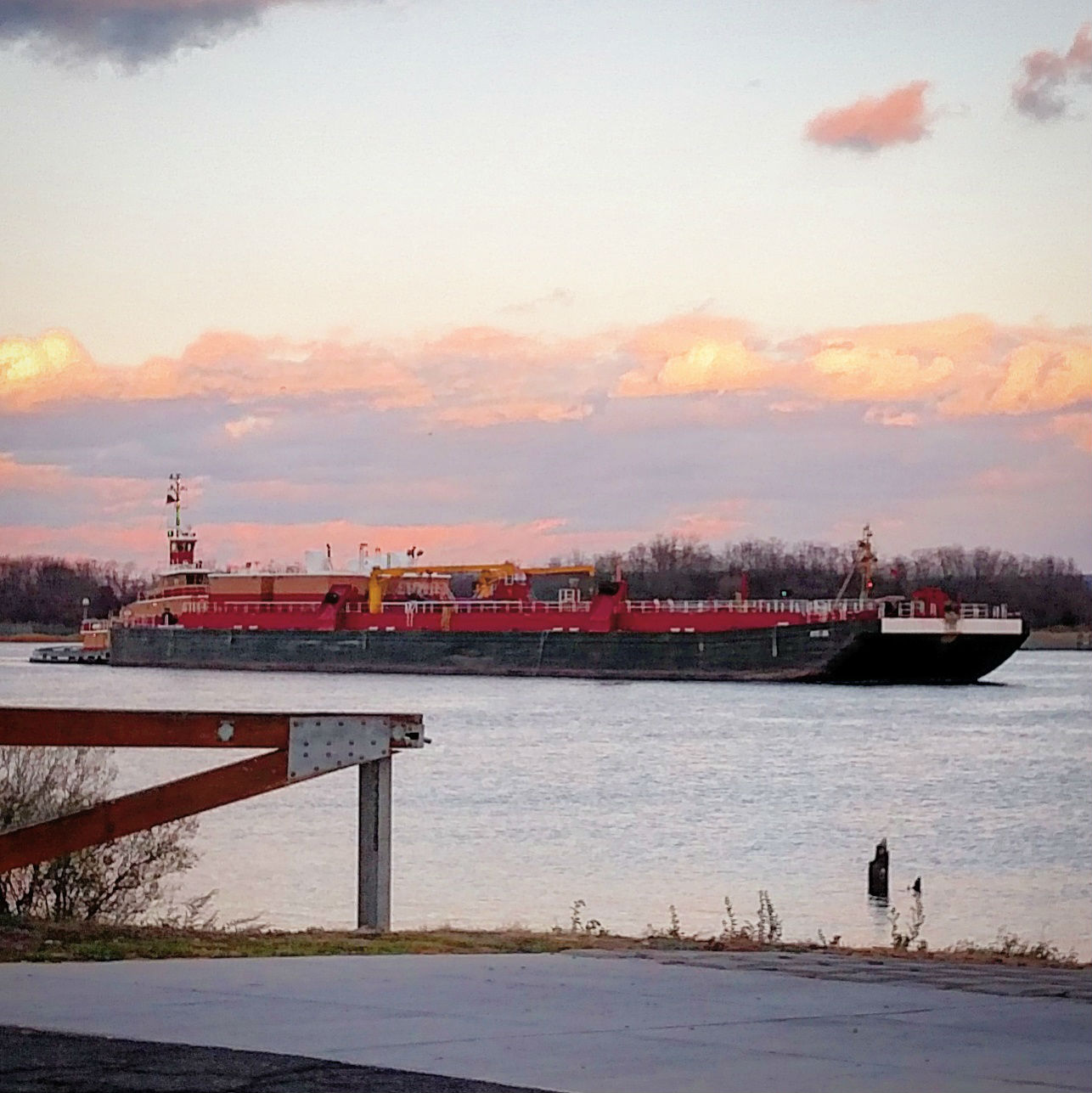 Once the site of the world’s largest mahogany plant, Carteret’s burgeoning Waterfront Park, will continue to expand.  For a century, residents of this chemical coast borough could not gaze up their own waterfront because they were blocked from doing so by private industrial waterfront structures. Last December, Mayor Dan Reiman announced the receipt of two […]

Past Stories on Retrospective